If you live in certain cities in Texas, including Austin, Dallas, and Houston, you may see that Texas sometimes calls “Ozone Action Days.” Ozone Action Days are hot, dry, sunny days when ground-level ozone is forecast to reach levels of health concern. Ground-level ozone (as distinct from the “ozone layer” of our atmosphere that protects us from the harmful rays of the sun) is one of six pollutants that are regulated by the Clean Air Act. These six common air pollutants are: 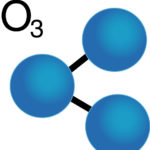 The EPA uses the Air Quality Index (AQI) to notify the public about local air quality. Certain groups of people are especially vulnerable to air pollution including children, the elderly, and people with respiratory conditions such as asthma. When the AQI reaches levels of ozone pollution that are unhealthy for these sensitive groups, an “Ozone Action Day” is designated. This means that you should take steps to limit your exposure to air pollution and your contribution of pollutants.

The ozone forecast seasons are based on when each region is likely to experience elevated ozone concentrations. Some areas, like Austin, have an ozone season between March 1 to November 30th of each year. Other areas, like Houston, can have ozone days at any time throughout the year. Each forecast predicts whether ozone levels in the area are expected to reach or exceed the EPA’s AQI Level Orange (or a level that is “Unhealthy for Sensitive Groups”).

The Texas Commission on Environmental Quality (TCEQ) forecasts ozone pollution each day during ozone season. TCEQ sends its forecasts to the National Weather Service, which broadcasts them across its “weather wire.” You can get email or text notifications of these forecasts from TCEQ or EPA. You may hear local news station announce that today or tomorrow will be an Ozone Action Day.

What is ozone and why should I pay attention to Ozone Action Days?

Ozone occurs in two layers of the atmosphere. In the stratosphere we have the ozone layer, which protects us from the harmful ultraviolet rays of the sun. At ground level we have the troposphere, where ground-level or “bad” ozone forms as a pollutant. Ground level ozone is harmful to breathe and cause damage to crops, trees and other vegetation. It is a main ingredient of urban smog.

Ozone is an inorganic molecule with the chemical formula O3. It is a pale blue gas with a distinctively pungent smell with which most of us are familiar.  Just prior to a rainstorm, you will sometimes here people remark that “it smells like rain.”  That smell is ozone.  At ground level, ozone is formed when energy from sunlight drives a chemical reaction between nitrogen oxides (NOx) and volatile organic compounds (VOCs), including hydrocarbons such as benzene. The result is a molecule made up of three oxygen atoms, or O3, which is distinct from molecular oxygen, O2.

Ozone pollution is mainly a problem during hot summer summer days because warm temperatures and solar radiation are key to its formation. When temperatures are high, sunshine is strong, and winds are low, ozone can accumulate at unhealthy levels.

Whether in its pure form or mixed with other chemicals, ozone can be harmful to health. When inhaled, ozone can damage the lungs. Relatively low amounts of ozone can cause chest pain, coughing, shortness of breath, and lung irritation.  In fact, even in low concentrations ozone can irritate lungs and can even be toxic. Longer exposure to ozone puts someone at risk of ozone poisoning, lung cancer, lung scarring, and even death.

An Ozone Action Day is declared when weather conditions are likely to combine with pollution emissions to form high levels of ozone near the ground that may cause harmful health effects. People who suffer from lung diseases like bronchitis, pneumonia, emphysema, asthma, and colds may have trouble breathing when the air is polluted. These effects can be worse in anyone who spends significant periods of time exercising or working outdoors. Children are at the greatest risk from exposure to ozone because their lungs are still developing and they are more likely to be active outdoors when ozone levels are high. People are cautioned to limit their time outdoors as well as to remind them to take actions to help reduce their emissions that contribute to ground-level ozone.  Simple actions everyone can take to reduce air pollution include: