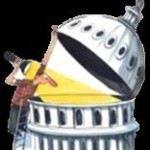 As a member of the Texas Anti-Corruption Campaign (TAC), Public Citizen’s Texas office called for strengthening the Texas state senate bill aimed at combating government corruption. The 12-member alliance also released a fact sheet (see attached) detailing scandals that have cost Texas taxpayers more than $1 billion in the past decade.

Tom “Smitty” Smith, TAC member and director of Public Citizen’s Texas office, described Senate Bill 19 as a good first step that is still too weak to resolve the corruption crisis gripping the Capitol. He called for adding amendments that would go further to close the revolving door for lobbyists, state employees and contractors; strengthen requirements for disclosure of public officials’ financial information; and toughen conflict of conflicts of interest laws.

“We agree with Gov. Abbott that corruption in Texas government amounts to a state of emergency,” said Smith, who testified before the Senate State Affairs Committee (see attached). “Day after day, headlines reveal abuses in contracting, pay to play politics that result in payoffs to big donors and former officials gaining riches by stepping through the revolving door.  Senate Bill 19 addresses important areas of reform, but it’s not nearly comprehensive enough. We need more teeth in the bill so that it forces transparency and ends pay-to-play politics as well as closes the revolving door.”

Smith drew attention to the fact sheet released by the alliance, which summarizes more than a dozen cases of misappropriation, contract scandals, pay-to-play politics and mismanagement. Together, the cases have cost taxpayers more than $1 billion in wasted funds.

“When we add up the damages, we calculate more than a billion dollars wasted or lost to corruption or mismanagement,” Smith said.  “The measure of any ethics reform should be that it puts an end to these kinds of corruption. The bill must be strong enough to ensure that public officials and their allies in private business can no longer dip into the pockets of Texas citizens.”