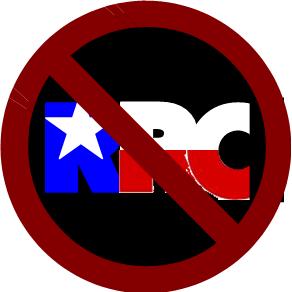 Public Citizen and Sierra Club agreed with many of the recommendations made by the staff of the Sunset Commission that was released yesterday for the Railroad Commission, but more must be done to protect the health and quality of life of all Texans.

“Overall these recommendations, if adopted, will create a leaner, smarter agency – with a name reflecting its mission – the Texas Oil and Gas Commission. Eliminating the 3 fulltime elected commissioners and other changes would save the state an estimated $23 million a year. Under staff recommendations natural gas rate-cases would be moved to the Public Utilities Commission (also under Sunset this year), and enforcement disputes would be moved from being resolved by a judge beholden to the agency to the State Office of Administrative Hearings (SOAH). In addition the Commission would end the promotion of propane as a fuel, and rely more on administrative and regulatory fees to pay for their activities, rather than depend on general revenue” said Andy Wilson, a policy analyst for Public Citizen who studies good government, campaign finance, and climate change.

Advocates point out problems that are still likely to occur if staff recommendations are adopted, due to overlapping regulatory authority with other state agencies over issues including oil and gas drilling, coal ash waste, and uranium mining. “Sunset Staff has failed to clearly define which agency (TCEQ or RRC) will deal with what regulatory aspects of oil and gas drilling, particularly in the Barnett Shale,” said Cyrus Reed, Conservation Director of the Lone Star Chapter of the Sierra Club. He added, “Texans deserve a single agency to regulate coal ash waste and uranium mining, rather than have regulatory authority at two different agencies, which confuses both industry and the general public.”

“Moving to an appointed board rather than an elected one is a smart choice, removing the inherent conflicts of interest and partisan politics created by our campaign finance system,” said Wilson.  “According to our analysis, over half of all campaign contributions to incumbent members of the Railroad Commission come from industries they are in charge of directly regulating.”

“However, there is no need to have a 5 person board when a 3 person commission will do.  Changing to this kind of board is already estimated to save $1.2 million— having a three person board will increase savings in this tight budget year,” added Wilson.

Also, according to Texas Open Meetings laws, two members of a five person board may confer with one another in private, while a three person board can only conduct business in public, open meetings.  “That could be a case of two steps forward, one step back,” said Wilson.