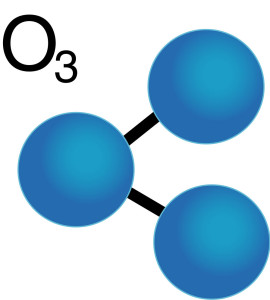 The U.S. Environmental Protection Agency (EPA) is proposing to reclassify the Dallas-Fort Worth area (DFW) as being in severe nonattainment of the original 8-hour ozone standard of 84 parts per billion. The proposal will be published for public comment in the Federal Register in seven to 10 days. Upon publication, a 30-day public comment period will begin.

EPA has been coordinating closely with Texas Commission on Environmental Quality (TCEQ), North Central Texas Council of Governments, elected officials and statewide environmental organizations in preparation for today’s proposed action. While DFW’s air quality has steadily improved as its population grows, the area missed a June 2013 deadline to attain the 1997 ozone standard. Because the area did not meet the deadline of June 15, 2013, to attain the 1997 standard, the Clean Air Act requires EPA to reclassify DFW as a severe nonattainment area.

TCEQ has developed a clean air plan for the revised 2008 ozone standard and is expected to submit that plan to EPA for review by July 2015. A copy of the proposed plan is publicly available – click here to access it .

DFW air quality has significantly improved over the last decade. Ten years ago, the 8-hour average was 98 parts per billion (ppb); the preliminary value for 2010-2014 is 81 ppb. During that time, DFW has also been among the fastest-growing regions in the country. The area’s achievement came through a combination of federal measures to clean up fuels and reduce emissions from engines, state measures to reduce emissions from stationary sources, and efforts of the public during ozone season—including using public transport, refueling in the evenings, and properly maintaining their vehicles.

Ground-level ozone is created by chemical reactions between nitrogen oxides and volatile organic compounds in the presence of sunlight. In DFW, mobile sources such as cars and trucks are the biggest emitters of ozone “ingredients.” Breathing ozone can trigger a variety of health problems, particularly for children, the elderly, and people of all ages who have lung diseases such as asthma. Ground-level ozone contributes to the formation of smog, and can harm sensitive vegetation and ecosystems.

Click here to read more about ground-level ozone and its adverse health effects: