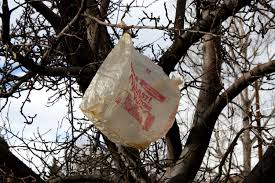 On January 8th, Governor Abbott announced his intention to rollback regulations that ban fracking for oil and gas, ban the use of plastic shopping bags, and limit which trees property owners can cut down on their land. Unfortunately, although many Texas cities have local control laws in place, Abbott appears to have the support of much of the Texas Legislature in this effort to restrict home rule. With the opening of the Legislative session last month, we have seen the opposition to local control begin to mount.

Representative Phil King, (R- Weatherford) has introduced two bills that, if passed, would restrict cities from adopting municipal ordinances. Specifically, HB 540 would give the Attorney General the right to review local petitions before they are placed on the ballot. In other words, Attorney General Ken Paxton would decide whether local petitions or referendums in cities across Texas would break federal or state laws. Cities would not be able to place items on the ballot if the Attorney General found them to violate any of these laws. King’s second bill HB 539, relates specifically to the banning of oil and gas activities, and would require cities to pay the state back for any lost in revenue due to the passage of a city ordinance. If passed, both HB 540 and HB 539 would make it very difficult for cities to ban practices such as fracking in their own backyards

On the Senate side, Senator Konni Burton (R – Tarrant) introduced SB 440 that would restrict a county or municipality from prohibiting hydraulic fracturing treatment of oil and gas wells. Even worse, Senator Don Huffines (R – Dallas) introduced SB 343, that expressly bans local governments from implementing an ordinance, rule or regulation that conflicts with an existing state statute. In other words this bill would effectively end local control and have far reaching consequences way beyond environmental ordinances.

Governor Abbott and his Texas oil and gas industry backers argue that allowing local control over fracking risks creating a patchwork of regulations in different cities instead of a comprehensive solution to solve an issue that is paramount in our state.

Conversely, towns advocating for local control to solve environmental problems say they, not the state, should be able to decide the terms of matters that affect the health and well-being of their residents. And they are well within their rights to do so. Texas is a state with a long standing proud tradition of home rule and when our state agencies don’t do the best job of protecting Texans and taking responsibility for the clean- up cost of industrial operations, local governments should have the power enact home rule.

One of the targets for the attack on local control is the ban on plastic bags currently in place in ten Texas cities including Austin and Dallas; an ordinance Governor Abbott calls overregulation. However, these bans reflect the fact that the majority of residents in these ten cities simply want to make an effort clean up their cities and it’s cheaper to stop using so many single-use plastic bags than to pay people to pick them up. If people don’t want to see bags in their trees, they should be able to take action.

The Legislature this session wants to crack down on municipal ordinances passed by local governments around the state. However, these are ordinances that have been deemed necessary by the cities and have the support of the majority of their residents. As the attacks mount in the Legislature, it will be important for local leaders and citizens to show their support for local control or else risk that right being taken away.