Transparency controversies have dominated this year’s presidential campaign, but observers might be missing one of the most important transparency-related topics of all: What insight will the public have into the candidates’ transition planning?

This and other related questions were covered during a National Press Club event sponsored by Public Citizen on Wednesday that featured the deputy general counsel for President-elect Obama’s 2008 transition team, an expert helping the two major party nominees conduct their transition planning right now, a leading academic expert and advocates with varying perspectives.

Norman L. Eisen, the deputy general counsel to Obama’s transition team, said the 2008 work was the last “pre-historic” transition effort because laws passed by Congress since then have formalized processes for the transfer of power from outgoing to incoming administrations.

Eisen, who subsequently became the “ethics czar” of the Obama administration, also promoted Obama’s decision to adopt an ethics policy for transition team members and to implement various sunshine-oriented policies, such as making the White House visitors’ log public.

But Taylor Lincoln, research director of Public Citizen’s Congress Watch division, noted that various measures Congress has passed to make the transitions more efficient have done little to ensure that transitions are conducted in accordance with small-d democratic principles. Despite the fact that transition work is largely publicly funded, the open records and ethics rules that apply to normal government activities do not apply to it.

These shortcomings are significant because the work of transition teams might be among the most important in a presidential administration, Lincoln said, noting that these teams choose the personnel to fill key positions and formulate policy positions.

Heath Brown, assistant professor of Public Policy at the City University of New York, pointed out that much of the record from past transitions has been lost to history because records were not retained.

Kevin R. Kosar, senior fellow and governance project director at R Street Institute, indicated general agreement with the principle of transparency but noted a tension between transparency and privacy concerns. He noted that transition teams vary for ordinary government work because of hazy lines that separate official participants with informal advisors on the periphery.

Also on the panel was David Eagles, director of the Center for Presidential Transition at the Partnership for Public Service, which is advising the current nominees on their ongoing work. An alum of Mitt Romney’s transition planning team, Eagles noted a significant increase in the comprehensiveness of transition processes in recent years.

Public Citizen will be revisiting this issue next week with the release of a report on the policy advisors closest to Hillary Clinton and Donald Trump.

Here are some photos from the event: 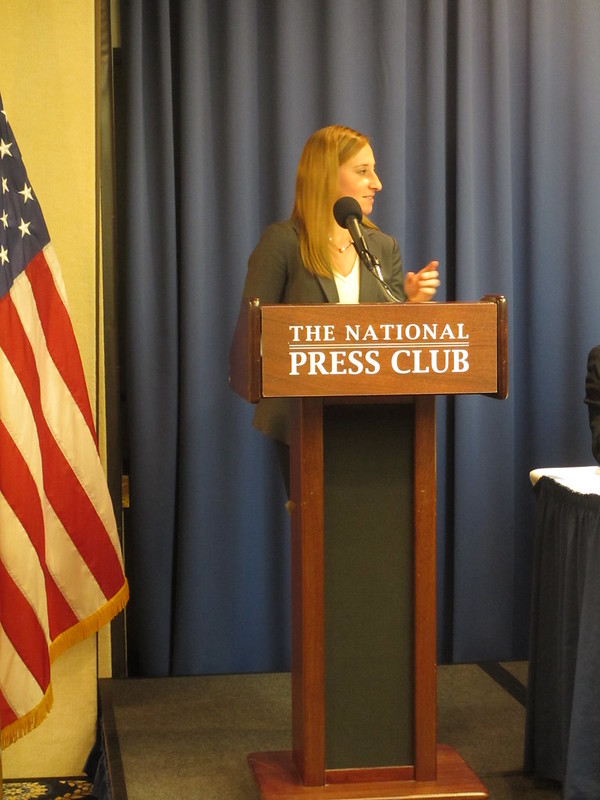 Big Corporate Influence is in the Bag