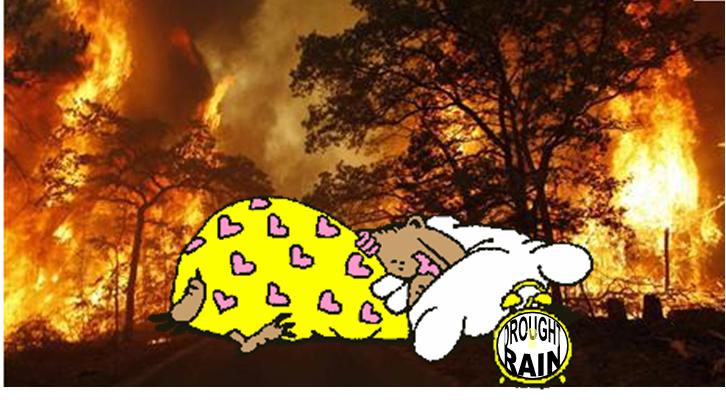 Punxsutawney Phil is a groundhog resident of Punxsutawney, Pennsylvania. On February 2 (Groundhog Day) of each year, Phil emerges from his temporary home – if he sees his shadow and returns to his hole, he has predicted six more weeks of winter, if he does not see his shadow, he has predicted an early spring.  In Texas we have State Climatologist John Nielson-Gammon who emerged, saw his shadow and told Reuters, “It is possible that we could be looking at another of these multiyear droughts like we saw in the 1950s, and like the tree rings have shown that the state has experienced over the last several centuries.”

Some 95 percent of the state is listed as being in either “severe” or “exceptional” drought by the U.S. Department of Agriculture’s Drought Monitor, and Nielson-Gammon said the last 12 months have been the driest one-year period on record in the Lone Star State.

The state’s worst recorded drought lasted from 1950 through 1957 and prompted the creation of artificial lakes all across Texas to supply water to a state that at the time had a population of 15 million.  Those lakes are in place but after the worst one year drought on record and a population over 25 million, a multi year drought like the one we had in the 50s could be devastating for the state..

The long-term weather patterns, including La Nina currents in the oceans, mirror records from the early 1950s, Nielsen-Gammon said. The current drought, which he said began in earnest in 2005, could wind up being a 15-year stretch if patterns hold, he said.

Conditions in Texas now are far from good. The drought has dried up many lakes built after the drought of the 1950s, and more than 23,000 separate wildfires fueled by dried brush and trees have destroyed 3.8 million acres and with that 2,800 homes, according to the Texas Forest Service.

Nielson-Gammon said Texas was now 10 to 20 inches of rainfall behind where it should be at the end of September and that rather than being the exception, severe drought could become the rule in Texas going forward, with wet years being more noteworthy.

“We’ve had five of the last seven years in drought, and it looks like it is going to be six out of eight,” he said.

The month is going out the same way it came in, with Texas firefighters on edge.   On September 4, a gust of wind blew a dead pine tree into power lines east of Austin, sparking the deadly Bastrop Complex Fire. That blaze killed two people, destroyed 1,600 homes, and is now the costliest fire in terms of lost property in Texas history.

The Forest Service this week called in two air tankers from Canada to fight wildfires that continue to burn around Texas, citing a shortage of enough planes to fight the state’s fires.