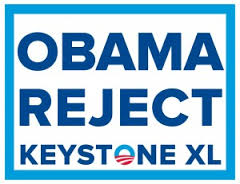 The Keystone XL pipeline would result in the release of 1.3 billion tons of climate destabilizing pollution over its expected lifespan — and that’s even before the oil gets burned overseas.

This information presented in the State Department’s final review of Keystone contributes to the overwhelming evidence against approving the tar sands pipeline.

In fact, President Obama has more than enough information to determine that the Keystone pipeline is not in our national interest.

Tell President Obama to reject the Keystone XL pipeline once and for all.

We simply cannot afford to spew that much more climate-disrupting pollution into our atmosphere.

Any day, the president could make a decision on whether to allow this disastrous project to go forward.

That’s why we must keep the pressure on: Sign our petition to President Obama urging him to declare that the Keystone XL pipeline is not in our national interest.