Today, Senator Sheldon Whitehouse (D-R.I.) and several others are introducing a resolution that links the current denial of climate science to the campaigns by tobacco companies and chemical and lead companies to deny the now well-known harms of tobacco and lead products (primarily lead paint and leaded gasoline). Today and tomorrow, nineteen senators are taking to the Senate floor to speak out on the network of climate denial groups. Follow and support the effort with #WebofDenial and #TimetoCallOut.

You can become a citizen co-sponsor of the resolution here.

Here’s my statement on the effort:

We applaud Senator Sheldon Whitehouse and others who are calling attention to the web of denial surrounding the harms from fossil fuels. They are right to draw parallels between the campaign of deception on climate science and those on tobacco and lead products. Climate denial follows a script written by Big Tobacco and the chemical and lead industries: Fund a network of phony think tanks, research institutes and policy shops to sell lies and distortions, foster doubt and stall solutions to clear, immediate dangers to public health.

There is one major difference. If left unchecked, climate change will be far more terrible. Tobacco and lead products have killed or poisoned millions. Today’s climate deniers risk much more terrible harm: heat, drought, famine, disease, mass migration and violent conflict on a scale that threatens human civilization as we know it. If the deniers have their way, they even risk human extinction.

We wholly support senators who are calling out climate denial as the despicably immoral action that it is – and those who are working to mitigate catastrophic climate change by moving the U.S. quickly to a 21st century, zero-carbon energy infrastructure. That shift will create jobs, stimulate the economy, lower energy prices for consumers and, most important, help us preserve our own habitats and civilization.

There may be no greater patriotism in American today than fighting climate change, and no greater disservice than denying the problem and stalling solutions.

And here’s a shareable graphic from our patriotic friends at Desmogblog: 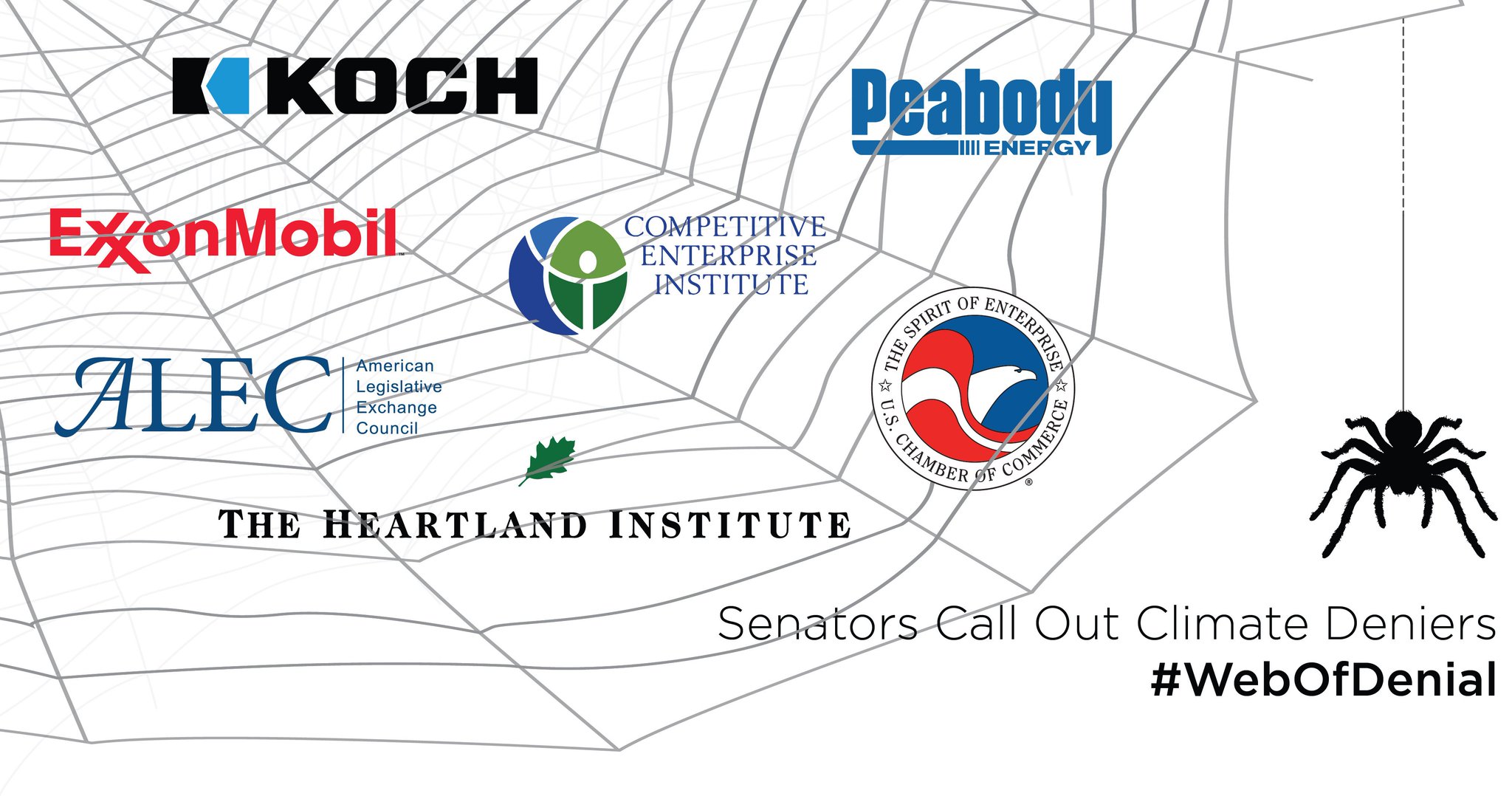 Sifting Through the Wreckage: Deregulatory Actions in Trump’s 2018 2-for-1 Report