This is a reprint of an article that ran in the Houston Chronicle submitted by Air Alliance Houston, the Sierra Club, the Environmental Defense Fund, the No Coal Coalition, Public Citizen and Greenpeace.

Here’s the situation: The U.S. Army Corps of Engineers (USACE) has “go” or “no-go” decision- making power on a project that could greatly impact all Houston area residents and future generations.

Here’s the ask: In addition to denying a permit for the proposed White Stallion coal plant, USACE Chief Fred Anthamatten and Galveston District Commander Col. Christopher Sallese are urgently encouraged to call for an Environmental Impact Statement that would lend transparency to a currently deficient process. Likewise, the Corps should also be receiving similar requests for this Environmental Impact Statement from Houston Mayor Annise Parker, City Council members and other concerned citizens as decisions made today could have a profound impact on lives tomorrow. We urge our local elected officials to write Anthamatten and Sallese requesting such a study. 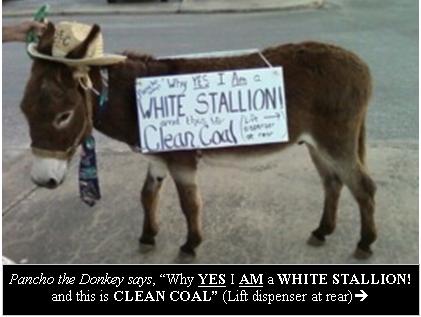 For those not familiar with the situation, if White Stallion gets approved, it could dramatically increase smog levels in the Houston-Galveston-Beaumont region, which is already in “nonattainment” of federal ozone standards.

As if that wasn’t enough, new facts have come to light calling previous points into question. Six days after TCEQ gave its approval, White Stallion filed a new and different site plan for the same power plant in support of its permit application to the Corps. This new site plan changes the location of 73 of the 84 pollutant emissions points used in the air dispersion modeling upon which the final TCEQ order was based.

The plant predicts emissions of 10 million tons of carbon dioxide, 4,955 tons of sulfur dioxide, 4,047 tons of nitrogen oxide, 1,792 tons of particulate matter and 96 pounds of mercury every single year. But now no one — not the state, not the Corps and certainly not the residents – knows specifically where that pollution would be coming from.

With this latest development, Matagorda County and Houston-Galveston-Beaumont residents and industries are entitled to new hearings on the matter as well as an Environmental Impact Statement. These changes should require White Stallion to demonstrate that its proposed plant will not undo years of efforts by local industry and residents to clean up our air. Indeed, these changes should require White Stallion to go back to square one.

Think about it. The Matagorda County-based plant may not be in our backyards, but it’s awfully close – just 20 miles outside our nonattainment area. That’s close enough to undo years of efforts to clean up Houston air. Why not, at the very least, require White Stallion to do its homework?

This is a critical opportunity for Anthamatten and Sallese to do the right thing and show citizens that our federal processes are open and transparent.

They have it within their power to call for an Environmental Impact Statement examining what these changes mean for the Houston area, and we respectfully implore them to do so.