Vote Yes on Prop A in Austin In Texas, where we love our pickup trucks and long stretches of country views, it hasn’t occurred to many of us that highways are a problem. The status quo in terms of Texas transportation infrastructure is building more roads to solve our highway challenges. There is a better solution to this madness, one that can build our economy while promoting sustainable living, but we need Texas legislators – and voters – to support trains.

Most immediately, Proposition A which will add electric rail lines along highways, create a transit center downtown, and a transit tunnel under the Colorado River, is on the ballot in Austin in the Nov. 3 general election. These rail lines are expected to save 109 million annual vehicle miles and 43,000 tons of CO2. Public Citizen strongly supports this initative and encourages Austin voters to support it at the polls in November.  Dallas Metro-Rail (DART), which is planned for expansion, already saves 8.8 million gallons of gasoline, 54,000 tons of carbon emissions, and $9,000 per average household.

Put simply, extending Texas highways is costly. TXDOT has many multi-million-dollar highway projects underway and some that, well, verge on extreme. Current expansion plans for Interstate 35 in Austin carry an $8.1 billion price tag. The I-45 expansion, which will double Houston’s freeway size, is estimated to exceed $7 billion. Just maintaining existing highways in Texas will cost upwards $82 billion over the next decade. With the population of Texas expected to grow 88.3% by 2050, are ever-expanding highway systems something we can afford?

All highways weren’t created equal. In fact, national highway construction during the 1940’s and 1950s brazenly bulldozed through minority communities. Black, Hispanic, and Asian communities throughout Texas continue to bear lopsided damages. These communities are forced to live day-in and day-out- and sometimes for a lifetime- without fresh air, something many Americans can’t even imagine. People are dying from persistent contact with particulate matter and emissions cars and trucks spew, which cause cancers, respiratory infections, COPD, asthma, and increased risk of heart attacks and strokes.

Highway expansion comes at the expense of houses, apartments, businesses, churches and schools. Highway expansion builds on existing highways, further wiping out disadvantaged communities. Current I-45 expansion plans will destroy government housing and encroach on the playgrounds of Bruce Elementary, where most students are Black or Latinx. With roughly 65% of Texans living in five major metropolitan cities that are expected to grow to comprise 74% by 2050, highway expansion further extinguishes space for development.

Enlarging highway systems is blatantly unsustainable. It is well proven that expanding highway lanes does not solve congestion, and instead entices more drivers onto the road. No highway expansion has permanently solved congestion and in the case of major Texas highways, has always necessitated further expansion. This is a positive feedback loop in which the highway system needs to be expanded, expanded again, expanded after that, and so on to meet the continual needs of more and more people.

Texas is the highest carbon emitting state in the nation and our gargantuan highway system is in part responsible. According to the Energy Information Association, transportation generated carbon emissions in 2017 reached a whopping 232 million metric tons, or one third, of total Texas emissions. Continuing business as usual will result in upwards 3.2°C global warming causing catastrophic sea level rise along Texas coasts, more Hurricane Harveys, desertification of farm land, longer and more unbearable summer heat. This unchecked growth will cause immense destruction if we don’t create sustainable solutions.

planned to operate between Dallas and Houston is projected to take 14,360 vehicles off I-45 each day and save 81.5 million gallons of gasoline annually. Being 100% electrically powered, TCT uses one-eighth electricity per passenger compared to airplane travel. Being sustainable doesn’t cost more either. In fact, the Texas Central Train is excepted to create 17,000 operation jobs and 20,000 supply chain jobs while injecting economic benefits in both cities.

While highways between cities involves more miles, congestion and idling fumes are comparatively worse within cities. In 2017, traffic hours within cities, largely due to commuters, cost Americans 8.8 billion hours, compared to1982, wasting an additional 3.3 billion gallons a year. Intra-city railways ensure a smaller carbon footprint per commuter and a higher degree of infrastructure efficiency.

Emissions via trucks will also subside with expanded use of electric trains. While vehicles on Texas roads far outweigh trucks, cars are expected to rise by 65.8% during the same time trucks will soar to 123% by 2035. With less vehicles on major highways there will be fewer fumes from idling in traffic.

With all the solutions trains offer, what are legislators waiting for? Texas Central Train, despite recently receiving federal funding, has been derailed (pun intended) by eminent domain disputes, which state legislators can help resolve. Texas legislators can encourage train development by securing sustainable rail funding and  incentivizing construction. It is crucial that legislators support renewable energy electric infrastructure to ensure train sustainability. 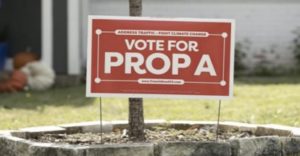 Legislators have a profound opportunity to choose a system that solves infrastructure needs and in doing so save lives lost to pollution, preserve the environment, promote sustainable economic development and protect Texas for generations to come.