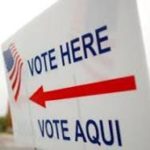 Last month, the Texas Tribune put together a list that lets you easily see who is running in all the primary races in Texas .  This election cycle hundreds of candidates across the state have filed to run for public office for statewide, congressional and legislative offices and the State Board of Education.

Early voting begins Feb. 20. If no candidate receives a majority of the vote in the primary, the top two vote-getters will compete in a primary runoff on May 22.

If you are not sure which campaigns pertain to you, click here and enter your home address to see who currently represents you (includes information on the congressional, Texas state house and senate districts and other information).

In 2016, the Yale Program on Climate Change Communication started a survey that maps voter beliefs about climate change by Congressional districts and then by party affiliation.  You can see the results by going to the Partisan Climate Opinion Maps 2016 –

If you would like to see how candidates running for offices align with voters in your area feel free to ask candidates one or all of the following 8 questions from the Yale survey.

Assuming global warming is happening, do you think it is… ?

Most scientists think global warming is happening.  Which comes closest to your own view?

How worried are you about global warming?

How much do you think global warming will harm people in the United States?

How much do you support or oppose the following policies?

Fund more research into renewable energy sources, such as solar and wind power

Regulate carbon dioxide (the primary greenhouse gas) as a pollutant

Require electric utilities to produce at least 20% of their electricity from wind, solar, or other renewable energy sources, even if it costs the average household an extra $100 a year

We hope this information will help you in making informed decisions and participating in the upcoming primary.