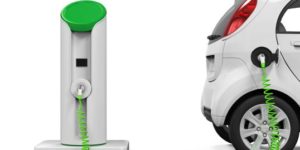 The Texas Electric Transportation Resources Alliance (TxETRA) is a nonprofit organization composed of electric energy vehicle manufacturers, industry leaders, developers, distributors, producers, utilities, and environmental and transportation equity groups. Their mission is to guide and accelerate the adoption of electrical transportation in all its forms, in the most cost-effective way, providing maximum benefit to the citizens of Texas. Fifteen companies and groups, and more than 60 people are involved in the formation of TxETRA which launched on Friday, April 6th at the Austin Club in downtown Austin, TX.  You can watch the kickoff on our facebook page – @publiccitizentx.

“Texas – with its huge transportation network – can be a leader or a laggard,” said Bobby Hill, vice president of American Sales for BYD, a global manufacturer of electric vehicles (EVs) and a founder of TxETRA. “Transportation is electrifying at high speeds across the world. We in the industry are joining with the utilities, the researchers and the advocates to create TxETRA and to work together to develop the policies we need to become a world leader in the development of these technologies. Electric vehicles are cheaper to own and maintain, and are far less polluting than a conventional vehicle. A dozen countries have banned – or are considering banning – the sale of gas and diesel engines.”

“TxETRA was formed to ensure we develop policies to make Texas one of the leaders in that transition,” said Tom “Smitty” Smith, TxETRA’s interim director. Smith was the director of Public Citizen’s Texas office for more than 30 years and has been a leader in identifying good renewable energy policies for Texas, including in the transportation sector. “If we develop the right policies, we can absorb that increased demand for electricity and lower our electric rates. We want to accelerate the deployment of EVs and make it possible for electric vehicle owners to have enough charging stations, pay fair rates for electricity, have controls in place to reduce unnecessary charging at times when the grid is stressed due to peak demand and get paid when their car batteries are used to provide reliability services to the grid.”

“Our priorities are pretty clear,” said TxETRA board Chair Michael Osborne, who led the Plug-in Partners effort to develop the 10,000-plus soft orders that led to the production of GM’s Chevy Volt. “EVs are only part of the transportation transformation. Our mission is to guide and accelerate the adoption of electrical transportation in all its forms – in the most cost-effective way – providing maximum benefit to the citizens of Texas.” In the 1980s, Osborne saw the potential of Texas’ vast wind and solar energy resources. He co-founded the Texas Renewable Energy Industries Alliance (TREIA) and The Wind Coalition, both of which successfully advocated policies that helped make Texas the No. 1 wind energy producer in the nation and fifth in the world for wind energy production.

Phil Jones, past president of the National Association of Regulatory Utility Commissioners and former chairman of the Washington Utilities and Transportation Commission, was the keynote speaker at TxETRA’s inaugural board meeting. Jones is the executive director of the Alliance for Transportation Electrification, a national organization that is working on similar issues as TxETRA.

“We are pleased to collaborate with TxETRA, which demonstrates the strong and entrepreneurial spirit in Texas. We are working in states – with state commissions and other state agencies, utilities, EV advocates and environmental organizations – to promote accelerated deployment of EV charging stations based on uniform and open standards. We also believe that utilities have to play a strong role, working with others, in building out these charging stations so that they can manage our increasingly complex distribution grid in a reliable and cost-effective way,” Jones said.

At Friday’s meeting, board members discussed mission, policy, outreach and ways to collaborate with similar groups across the nation.

“Austin is a leader in electric vehicle infrastructure, and this new coalition will help us make new advances in this arena,” said Austin Mayor Steve Adler, a strong supporter of the coalition who spoke at the reception following the board meeting.