This year, Public Citizen was proud to be a sponsor of Air Alliance Houston’s State of the Air Gala.

A partner in Public Citizen’s Healthy Ports Community Coalition, Air Alliance Houston (AAH) focuses on creating a healthier Houston by preventing pollution before it happens. Right now, Houston currently has 24,000 lane-miles of roadways which carry more than 465 million tons of goods each year. With the expansion of the Panama Canal, freight traffic is expected to increase by 56% over the next 20 years. And if we don’t do anything about it now, pollution is going to get a whole lot worse. Despite improvements over the past few decades, Harris County still receives an “F”  from the American Lung Association for ozone pollution!  We thank all of you who joined us in celebrating the work of Air Alliance Houston at the State of the Air Gala.

Funds raised through this event will support AAH’s programs, allowing them to continue their research, education, and advocacy work to advance the public health of Houston area communities by improving air quality. 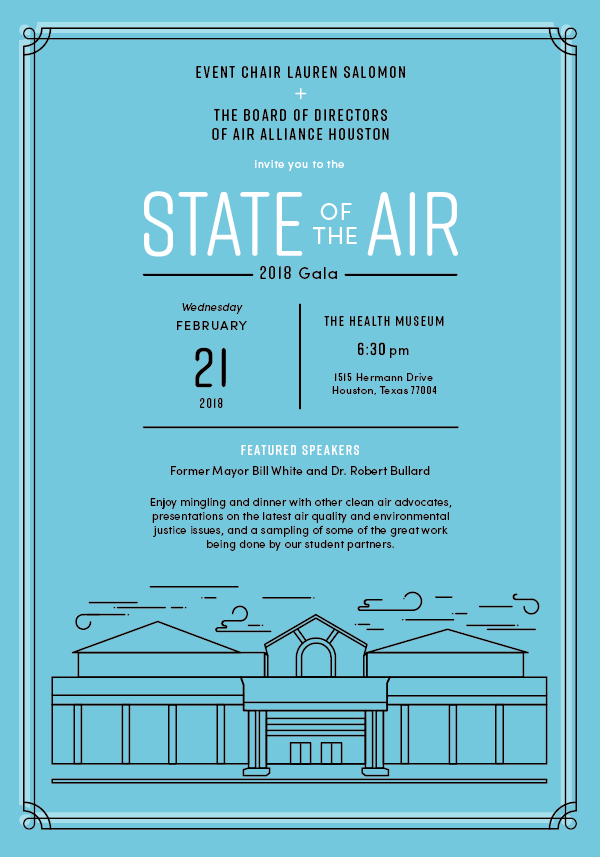