Wednesday, State Rep. Lon Burnam and his staff got little in the way of a satisfactory answer from ERCOT as to why as many as 50 power plants were off line, and predicted that the issue will remain a hot topic especially in light of the fact that ERCOT is up for a sunset review this session.  He also raised the question about who stands to benefit from this event and he is not the only one.

Public Citizen and Sierra Club called on Governor Perry and the Commissioners at the Public Utility Commission and the Electric Reliability Council of Texas, (ERCOT) to investigate the cause of the outages and the response by the state’s regulated and unregulated electrical utilities and who profited.

In the early hours on Wednesday, prices on the wholesale electricity market shot up 66 times from 3:00 AM through 11:00 AM and the electricity companies made millions overnight as electricity prices rose to the cap of $3,000.

John Fainter, who heads the Association of Electric Companies of Texas, told the Texas Energy Report that such price spikes cannot be immediately passed on to ordinary customers in the competitive market who have fixed-rate contracts, but you can bet that eventually ratepayers will pick up that cost and some generators will rake in a windfall.

Fainter also said that allegations that some suppliers might have engaged in market manipulation to drive up the price is extremely hard to prove because you have to show that power that was otherwise available was deliberately withheld until it got to a certain price.  (watch the documentary Enron: The Smartest Guys in the Room to see how this works.)

We don’t disagree with Fainter’s assessment, but still believe that the wide price spike should be investigated.

Thursday, the need for continuing the series of rolling blackouts was lifted by ERCOT mid-morning. But the state’s generating capacity was still down by some 3,000 megawatts that afternoon. ERCOT said that voluntary efforts on the part of Texas residential and commercial users to curb consumption helped alleviate the crisis while insisting the state’s electric grid was never in danger of suffering a crippling catastrophic failure.

So kudos to all you Texas consumers who suffered in the cold and dark during the blackouts and then, girded by soup, hot drinks and blankets, continued to help out the utilities and the regulators by turning down your thermostats, turning off your TVs and computers, and paying your electric bills.  Must stop writing now, since in doing my part,  my thermostat is set to 58 degrees and my fingers are numb.

Click here to read an article by Forrest Wilder for the Texas Observer on utility profiteering during the rolling blackouts. 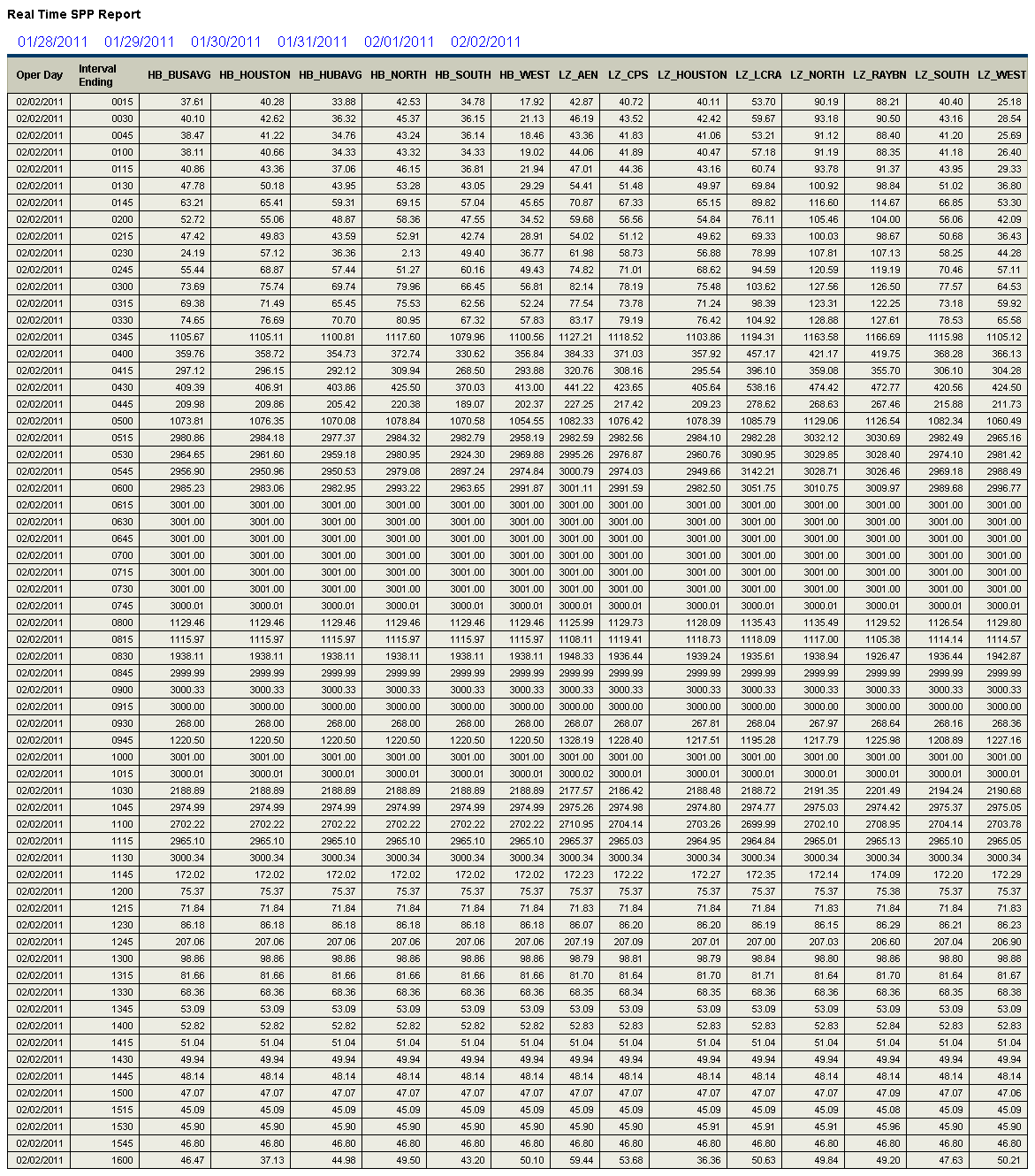