The Texas Board of Education is scheduled to meet from November 18-21, 2014 to vote on the approval of the textbooks proposed by publishers for Texas schools. These Texas textbooks have drawn national criticism for providing blatantly incorrect information about climate change and environmental issues. This isn’t a first for the Texas Board of Education, which has come into the national spotlight multiple times in the past due to internal disagreements about creationism and the causes of the civil war, among others. 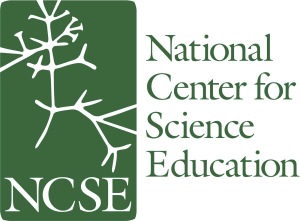 The National Center for Science Education (NCSE), in response to the proposed textbooks, released a report in September titled, “Analysis of Climate Change in Proposed Social Studies Textbooks for Texas Public Schools”.  In this report they cite multiple instances where the textbooks were misleading or blatantly false in regards to climate change.

Several of the textbooks say that “scientists disagree on what is causing climate change”.  The NCSE responds that, “Scientists  do  not  disagree  about  what  is  causing  climate  change,  the  vast  majority  (97% of  climate  papers  and  actively  publishing  climatologists  (again 97%) agree that  human activity  is responsible.”

In one instance the position of the Intergovernmental Panel on Climate Change (IPCC) that climate change is due to human activities is contrasted with the opposing opinion of two employees of The Heartland Institute, neither of whom are scientists, who claim that scientists disagree on the cause.  The Heartland Institute is a conservative think tank that denies climate change, is funded in part by the Koch brothers, and is considered a shill for the oil industries.

The IPCC is a highly regarded international science organization that won a Nobel Peace Prize in 2007 “for their efforts to build up and disseminate greater knowledge about man-made climate change, and to lay the foundations for the measures that are needed to counteract such change”.  The IPCC recently released a comprehensive report linking climate change to greenhouse gas emissions, saying that it is “extremely likely” that anthropogenic greenhouse gas emissions and other anthropogenic drivers are the dominant cause of the observed warming.

Besides environmental issues, the proposed social studies curricula are also regarded by some critics as promoting tea party ideology, downplaying segregation, and mocking affirmative action.  The chairwoman of the History department at the University of Texas at Austin, Jacqueline Jones, focused on the historical inaccuracies of the proposed textbooks, citing “omissions of facts” and saying that they revealed “ideological biases that are either outside the boundaries of established, mainstream scholarship, or just plain wrong.”

A spokesperson for the textbook company, McGraw-Hill Publishing, said that they were simply fulfilling the state education requirements.  The errors stem from curriculum standards set in 2010, meaning that they’re unlikely to be corrected.  But we should expect more from our Board of Education. 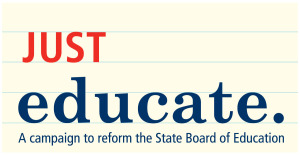 Fellow Texans, please contact your respective Board of Education member and ask them not to teach Texas children misinformation on climate change, as well as the many other inaccuracies in other issue areas.  To get involved, the Texas Freedom Network has a campaign to reform the State Board of Education.