According to the Texas Energy Report, state environmental regulators appointed by Gov. Rick Perry issued a permit in January for a Houston-area industrial waste injection well to a company whose top investors include some of Perry’s close friends and campaign contributors.

The Texas Commission on Environmental Quality (TCEQ) approved the permit over the objections of the Texas Railroad Commission (whose commissioners are elected) and every state and local official representing Montgomery County, and in spite of an administrative law judge’s recommendation to deny the permit because the well might pollute groundwater.

Perry’s presidential campaign opponents have criticized him for “crony capitalism,” the appearance of a pay-to-play culture that gets favorable state government treatment for his campaign donors. Perry also has been criticized for state environmental regulation that appears to put business ahead of environmental quality and safety.

All those issues are raised in the environmental commission’s actions on the permit sought by TexCom  Inc. of Houston and its investors with close ties to Perry.

Major investors in the injection well include Texas A&M University System Regent Phil Adams and Barry Switzer, a former football coach for the University of Oklahoma and the Dallas Cowboys.

Adams is a friend of Perry’s from their days as students at A&M. He has donated almost $300,000 to Perry’s state campaign fund, and at one time or another he has employed both of Perry’s children in his Bryan insurance agency. Another Adams investment became controversial in Perry’s gubernatorial re-election campaign last year when it was revealed that the company received a $2.75 million grant from the state’s Emerging Technology Fund.

Adams and Switzer are investors in a subsidiary of TexCom Inc. The company fought for five years to obtain the permit for a Montgomery County site for an injection well for industrial waste, mostly generated by the oil and gas industry. TexCom has reported that the site has the potential to generate $20 million a year in revenue.

Switzer became involved with TexCom in 2006 when he led investors to put $6 million into the company. Then in 2007, Switzer and two other Oklahoma investors founded Foxborough Energy Co. LLC and Montgomery County Environmental Solutions, which together bought at least a 60 percent share of the TexCom subsidiary that was seeking the Montgomery County well permit.

Adams’ state financial disclosure reports have shown him as an investor in the two Oklahoma companies since 2008. 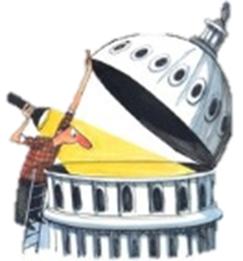 Those concerned about the appearance of pay-to-play politics should ask the Sunset Commission to recommend the legislature make changes to the Texas Ethics Commission that:

Any community could fall victim to “crony capitalism” and Texans have an opportunity to ask their representatives to make it stop!