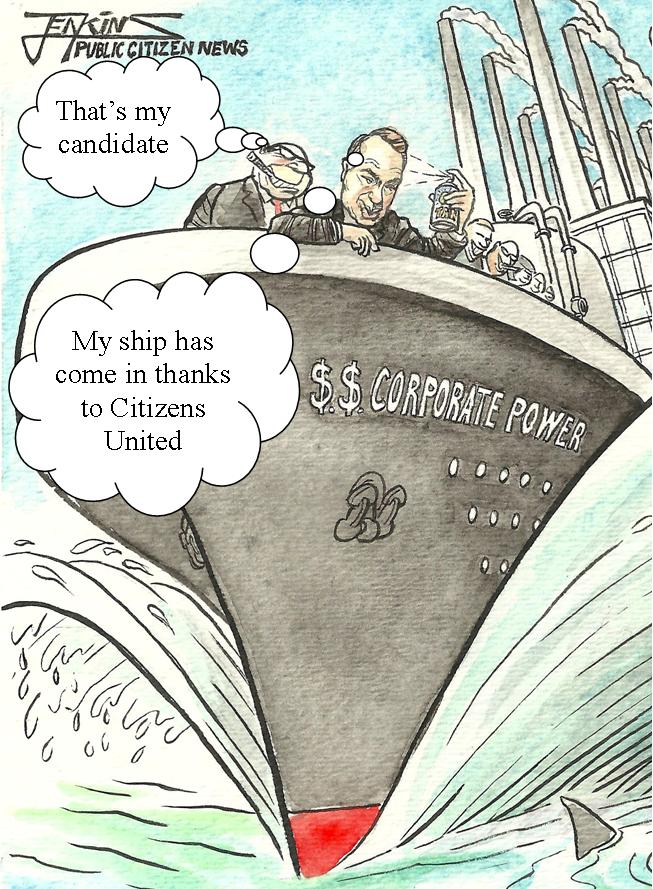 Most folks outside of Wisconsin and the Washington beltway were not paying much attention to that state’s recent state supreme court justice election, but in the wake of the Supreme Court’s Citizens United decision this election was a study in what judicial elections have evolved into — a trend of “noisier, nastier and costlier” elections that began when the Chamber started targeting judicial candidates in the 1998 elections.  Click here to read the Brennan Center for Justice at NYU School of Law’s report, The New Politics of Judicial Elections, 2000-2009: Decade of Change.  And click here to check out the TV ads that ran during this campaign.

This might have been a study in public campaign financing as both candidates received $300,000 in public financing to wage their campaigns, but instead it evolved into a battle of outside group spending with incumbent justice Prosser garnering substantially greater financial support than challenger Kloppenburg.

Kloppenburg and Prosser ran neck and neck in this race despite Prosser’s financial advantage, no doubt to Prosser being linked with Walker which greatly handicapped his campaign, and the race ended so closely that there is bound to be a recount so this story is not over, but it is a cautionary tale about the effects of outside support on judicial political campaigns of which Texas has been a target (see, the Brennan Center for Justice at NYU School of Law’s report, The New Politics of Judicial Elections, 2000-2009: Decade of Change.

Political favors – how to stop it from ruining your community