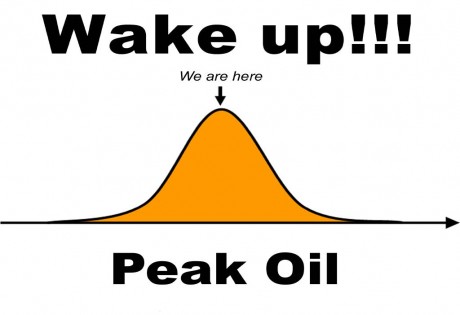 While not a huge fan of Wikileaks, I find this new release from them to be of interest.  We haven’t heard folks talking much about “peak oil” in a while, but a recent Wikileaks release confirmed what many have believed for years, that Saudi Arabia’s oil reserves may have been exaggerated by as much as 40%, or 300 billion barrels.

“Peak oil” is a term that was coined several years ago to short-hand a theory that we may be reaching a point when oil extraction cannot be expanded and that we’ll decline from this peak—perhaps rapidly—creating a spike in oil prices or a huge demand for alternatives.

The London Guardian has published the referenced cables and you can see them yourselves by clicking here.

Matthew Simmons’ Twilight in the Desert, made the case that Saudi Arabia’s production capacity had already maxed out, and Business Week published an article three years ago based on internal Saudi documents saying much the same thing.

Saudia Arabia has been able to pump 12 million barrels a day in short spurts but only 10 million barrels on a steady basis.  Production capacity just isn’t going up. Some other Middle Eastern countries and Central America have more production capacity if they can develop it, but Saudi Arabia increasingly looks like it’s peaked already. And if that’s true, it probably means that the global peak in production, which was delayed a few years by the recession, may not be too far away.

Our future is going to be increasingly oil free whether we like it or not.  Even more reason to invest in wind, hydro, geothermal and storage solutions now.