It is never comforting to see the words “lost” and “radioactive material” appear in the same sentence. But, somewhere in West Texas, a seven-inch steel rod containing a mixture of americium-241 and beryllium is rolling around lost among the purple sage.  Halliburton misplaced the radioactive rod somewhere between Pecos and Odessa on September 11, 2013 and we have not seen any reports that it was ever recovered.

But wait, there is more. 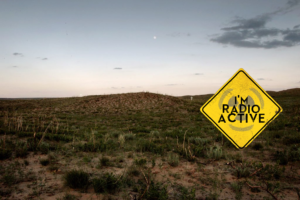 Two security experts from the Department of Energy’s Idaho National Laboratory drove to San Antonio, Texas, in March 2017 with a sensitive mission: to retrieve dangerous nuclear materials from a nonprofit research lab there and ensure that it didn’t fall into the wrong hands. While in Texas, their car was broken into and the radioactive chemical elements were stolen. The experts, brought the samples of plutonium and cesium to compare with the material they had come to recover. After spending the night in a hotel off of Loop 410 in San Antonio, they awoke to find their car window had been smashed and the testing material was gone. More than a year after the incident, the material is still missing. No public notice was made after the substances disappeared, and officials still are not commenting on the missing radioactive material. In fact the public knew nothing about this incident until the Houston Chronicle and the Center for Public Integrity reported on the story earlier this week on Monday.

So why are we writing about these incidents?  These are terrifying because they were probably not a carefully planned terrorist attack, but rather more likely a comedy of errors.  What you should find even more terrifying is the speed at which the license permitting process for not one, but two “interim” high-level radioactive waste storage sites is progressing.

Holtec is seeking a permit for “interim” storage of the nation’s deadly high-level radioactive waste in Southeast New Mexico, just outside of Hobbs.  The permit is for temporary storage which it defines as 120 years.  But looking past the license parameters, a commercial, unsafe, and de facto permanent dump site could be created, where the waste might remain forever if there is no political will to move it or if there is inadequate funding to do so.

The two companies plan to transport around 14,000 canisters of irradiated reactor fuel rods from around the country and store them slightly below or on the surface in these two states a mere 60 miles apart, inviting disaster and creating massive risks. This is more deadly waste than has been created by all U.S. nuclear reactors to date and many New Mexicans and Texans would be affected by its relocation and transport, not to mention the communities around the country along the transport routes from the 104 nuclear power plants throughout the United States.

Holtec’s permit application is a bit further along than WCS’s (who pulled their permit from consideration during negotiations to sell the company back in the Spring) and you will have one last chance to submit comments to the Nuclear Regulatory Commission (NRC) regarding the Holtec application.  Comments are due by July 30, 2018, and can be made online at NoNuclearWaste.org or https://action.citizen.org/p/dia/action4/common/public/?action_KEY=13813

We expect the NRC will begin public hearings and take public comments for the WCS application in the next couple of months and will let you know how to submit those comments at that time.

In the meantime, Congressman Joaquin Castro, D-San Antonio, has written a letter to U.S. Secretary of Energy Rick Perry demanding answers about the undisclosed amounts of plutonium and cesium stolen from the backseat of the vehicle in San Antonio.  Castro also asked for a list detailing all incidents in the past five years of missing radioactive materials in Texas. He asked for written answers to his questions, as well as an in-person briefing for himself and other members of Congress. So we may be hearing about additional incidents in the coming months.

So if you find the three incidents of missing radioactive waste disturbing, when there is currently little transportation of such materials, just think about what could go wrong with thousands of metric tons of high-level radioactive waste crossing the country.  Whether you live in New Mexico, Texas, near a nuclear plant or anywhere along a highway or rail line that could be transporting this waste, you should have a say in this plan.  Your only opportunities are upon us now.