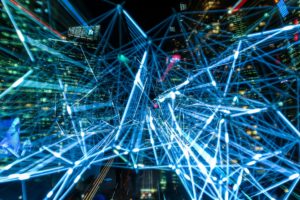 25 years ago, Texas electricity prices were skyrocketing because overbudget and unneeded nuclear plants were being brought online. It was generally believed that competition among electric generators would lower costs and pollution. That thesis has come true. Natural gas producers claimed building a lot of new natural gas plants would reduce electricity costs. Advocates for renewable energy and energy efficiency believed that an open market would create new market opportunities in which they have thrived.

Therefore, the Texas electric market was deregulated and split into three parts. The generators and retailers would compete based on costs but the distribution and transmission system, which provides the poles and wires on which our energy is transmitted, would remain regulated. In order to avoid conflicts of interest the rules governing deregulation clearly divided the market into those that generated electricity and those who distributed it. The rules clearly said that generators produced the energy- and that transmission and distribution companies could not.

This made sense about 25 years ago, but time has shown us that the system is out of balance, and the only time the generators really make money is when it is really hot or cold. On a daily basis the amount of energy we use swings wildly from late at night when the winds blow hard to hot afternoons when every generator is needed. As result we have a lot of wasted power produced to balance these swings. This systemic imbalance results in a lot of unneeded costs to consumers including pollution and overbuilding of poles and lines to deliver energy at times of peak demand.

Storing excess energy in big electric batteries can provide a third leg to the stool and balances out the swings while reducing costs and pollution. This isn’t new technology. We’ve been storing energy in car batteries for more than 100 years. But battery technology has changed dramatically over the last decade. The proof is in your pocket. Think about the phone you carried ten years ago. Today’s phone batteries are a fraction of the size and weight and store far more energy for longer than those of 10 years ago. Today’s storage batteries can store renewable energy at a fraction of the cost of upgrading or building transmission or distribution infrastructure. It can also store that excess energy produced by renewables until we need it on hot afternoons, cutting costs for consumers and reducing pollution. Add to that the expected explosion in energy storage provide when millions of electric cars plug into the grid and allow tier batteries to be used to meet short term peaks on a hot summer day. The rules adopted 25 years ago didn’t envision the dramatic technological changes that have occurred. What we need to do is modify the rules that deregulated the electric industry by allowing batteries to provide energy to reduce costs while making money. That means clearing up the question of who can own storage and how to pay for it.

The Public Utility Commission (PUC) is beginning to hold hearings to resolve this question. There are many solutions being discussed. The basic message is clear. We support storage which will lower costs and pollution and can enable new technologies to thrive.

Public Citizen believes that consumers deserve energy that is reliable, resilient, responsive, modern, clean, and affordable. Energy storage technology is the next big step in reducing pollution and costs from power generation.  If correctly deployed, it will help us avoid expensive and unnecessary buildouts of transmission infrastructure, thus lowering costs for consumers. Storage will also help us to realize the full potential of our renewable energy sources, particularly wind which blows strongest at night and solar which produces energy during the middle of the day and storing it until we need it most in the late afternoon and evening.  We support PUC adopting policies that will reward utilities for investing in energy storage that is cost effective in providing clean, reliable, affordable energy to Texans. 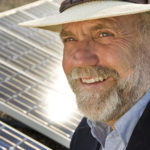 This guest post was written by Tom “Smitty” Smith, who served as the Texas state director of Public Citizen for 31 years from 1985 until his retirement in early 2017.  For more than four decades, Smitty organized citizens to stand up for their rights in a wide variety of forums. He has worked on energy, environment, ethics and campaign finance reforms.  His passion has been reducing global warming by promoting renewable energy, energy efficiency and cleaner transportation. Many of the programs he promoted have become national and international models.