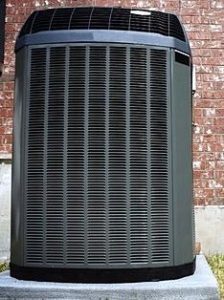 The U.S. Department of Energy (DOE) published new minimum energy efficiency standards for residential central air conditioners and heat pumps on Tuesday, December 6th.  The new standards, which are based on a negotiated agreement, will reduce air conditioner and heat pump energy use by about 7%, translating into hundreds of dollars in electricity bill savings for consumers over the life of their equipment.

The standards’ compliance date, 2023, was a key element of the negotiations because manufacturers wanted to align changes to the minimum standards with the expected phase-down of current refrigerants.  Today’s most common refrigerant used in central air conditioners and heat pumps – R410A – will be phased out under the terms of the recently concluded Kigali agreement, a global agreement supported by both manufacturers and environmentalists designed to eliminate the most environmentally-harmful refrigerants. Likely replacements for R410a include R32 and R452B.

DOE estimates consumers will save between $2.5 billion and $12.2 billion in total.

The new standards will supersede those currently in effect. The existing standards vary by region for air conditioners, and the new standards maintain the regional approach.  Heat pumps will continue to have a single, national standard.

Based on DOE’s analysis, manufacturers can meet the new standards with improved heat exchangers, better outdoor fan motors, and other design improvements. Switching to new refrigerants will also boost efficiency, helping manufacturers to comply with the new standards. Products with efficiency performance significantly above the new standard are already on the market today, providing additional savings opportunities for consumers and programs such as those run by utilities designed to save even more.

Many of the largest energy-saving DOE standards completed in the last year have been based on similar consensus agreements, including the recent standards for roof-top air conditioners (which will save more energy than any other standard in DOE history) and pending standards for swimming pool pumps which are expected to be published soon.