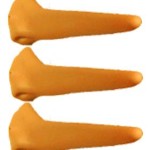 Washington Post’s “Fact Checker” took issue today with a misleading television ad, sponsored by TransCanada in support of the Keystone XL tar sands pipeline. The ad, titled “TransCanada Keystone XL Pipeline: Eliminate America’s reliance on foreign energy” urges Americans to support the pipeline on the basis that it would free the United States from its dependence on foreign countries for energy security.

After addressing the obviously ridiculous claim that imported tar sands from Canada qualifies as domestic energy, noting that “last we had noticed, Canada was still a foreign country,” the Fact Checker took a closer look at other claims made in the ad, including highly questionable job creation numbers.

Based on TransCanada’s history of having a complicated relationship with the truth, it should come as no surprise that this latest ad earned them “three Pinocchios”.

Thanks to Friends of the Earth for pointing this out to us today.

The Fact Checker takes no position of the politics of the pipeline but TransCanada can’t have its cake and eat it too. The ad shouldn’t cite State’s induced-jobs figure while the company dismisses State’s more relevant calculation of the number of actual construction jobs created in a year. If the 40,000 jobs is good enough for the ad, TransCanada should also accept the 3,900 figure.

Meanwhile, the ad’s initial emphasis on dependence on Middle East oil is specious. Thanks to the fracking boom, the United States is increasingly energy independent — and much of the oil that is imported comes from friendly nations such as Canada. We realize that such ads often use shorthand, but the two main headlines in the ad claim that 40,000 jobs will be created and that the pipeline will eliminate reliance on foreign energy. The caveats in the voiceover don’t really excuse the shortcuts in the headlines.

We wavered between Two and Three Pinocchios. But ultimately we decided that given this is an ad for a pipeline to import Canadian crude oil into the United States, it’s really worthy of a late-night satire.

Keystone XL Pipeline under investigation for bias and conflict of interest

EHF – going broke. Will Texas declare it "too big to fail"