Knowing whether to run or hide is a fundamental survival mechanism that Texans living near chemical plants and refineries know too well.

But it can be impossible to make the right decision without accurate and timely information. Is it safe to go outside? Is it safe to “shelter in place” in the nearest building? Is evacuation the only safe option?

The Legislature is holding a public hearing in the House Environmental Regulation Committee on a proposed law to help Texans get the critical information they need when toxic chemicals are released into our air and water.  The hearing is in the Texas Capitol Extension Room, E1.026 on Tuesday, March 28th at 8:00 AM

Urge the Legislature to move forward on the Toxic Chemical Emergency Alert System.

The legislation, HB 1927, would establish a system to alert neighboring communities when a facility releases toxic chemicals.

People in the affected area would get notices on their phones about the chemicals released, what direction they are moving and how to stay safe. 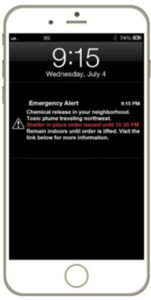 This statewide system will eliminate patchwork local approaches and relieve local governments of the burden of developing and maintaining their own systems. Residents will be directed to a hyperlink, which will provide:

Just like the Amber Alerts for missing persons and emergency weather alerts available on our phones, the Toxic Chemical Emergency Alert System should be available to keep our communities safe.

A recent poll of Houston area residents shows that most people are concerned about air pollution and its impact on vulnerable populations. Furthermore, 92% support the creation of a public notification system similar to Amber alerts for leaks of hazardous chemicals. These alerts would warn residents via cellular phone of incidents and let them know what action to take to keep safe.

As you can see from the list and map below, the folks in the Houston area are more aware of the issue because of the frequency of such events, but you can see that other parts of the state also experience these types of toxic emergencies. 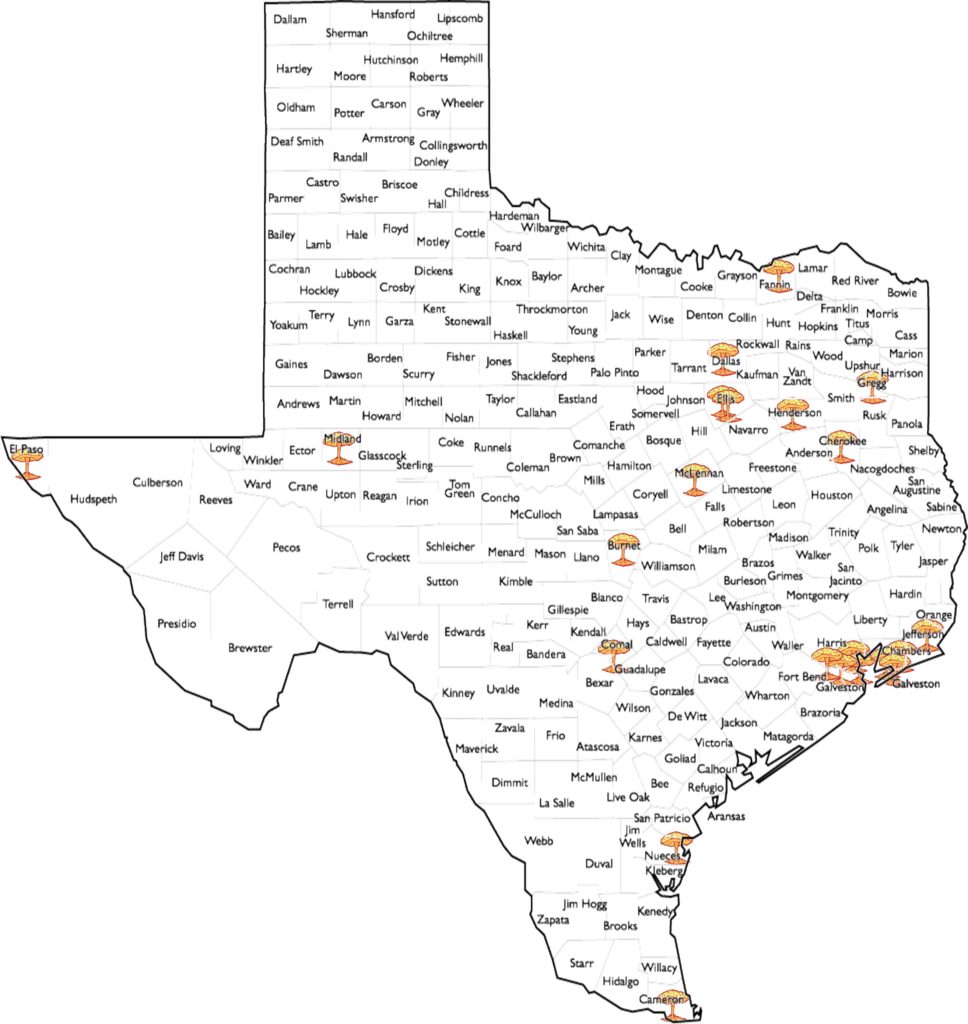 In 2014, Iowa implement the Alert Iowa System. Counties that did not already have a system like this in place could opt-in to the statewide system to ensure that Iowans are protected from severe weather, chemical spill, and other potential disasters. The statewide system in Iowa costs about $300,000 per year.

Texas already has a system in place that can send out these type of alerts. The system proposed here is designed to work with OEMs to support them based on their needs. The intention is not for the statewide system to override functional systems already in place.

If such a system saved lives or reduced job and school absenteeism as a result of exposure to toxic chemicals, it would be well worth the cost of extending our existing technology to put in place a toxic chemical emergency system.  Urge your Legislator to move forward on the Toxic Chemical Emergency Alert System.