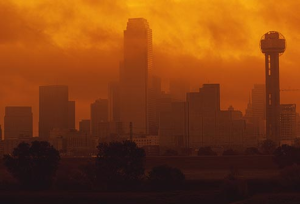 The Environmental Protection Agency is holding a public hearing in Arlington today on the proposed update on ground-level ozone regulation. It is important for EPA to hear from every person, since the proposed updates will affect everyone, especially children, the elderly, and those affected by asthma.

While environmentalists and public health activists alike are hopeful for the Clean Air Act, there has been heavy criticism on the high prices needed for the new regulation and a fear that the restrictions will cost Americans their jobs.

However, EPA Administrator Gina McCarthy promises that the Clean Air Act’s benefits outweigh its costs. Furthermore, scientific findings prove that the Clean Air Act will all around counteract health and environmental hazards. According to the American Lung Association, the effect of ground-level ozone is similar to having sunburns on the lungs. Smog could lead to lung diseases, asthma attacks, interference with reproduction and development, and overall, increased hospitalizations and premature deaths.

The Clean Air Act will help decrease financial issues caused by health ones, such as missed work days and medical costs, proving that the Act’s expenses will be overshadowed by its numerous benefits.

Those that live in Dallas and Arlington have had to breathe hazardous air, leading to a plethora of groups at risk including a number of 670,217 children under 18 and 224,990 adults 65 and over. EPA will thus be holding a public hearing today in Arlington, which has earned an “F” in ozone pollution according to American Lung Association.

Back in 2009, the ozone was a part per billion lower than it is today. The Clean Air Act can prevent the running average for ozone from increasing from strengthening the ozone pollution limit. So help protect the public health of not only the 2,453,843 people at risk in the Dallas area, but also the public health of children, the elderly, and adults all around the world. Help by attending the EPA hearing today at:

San Antonio Is Ready for a Future Without Spruce