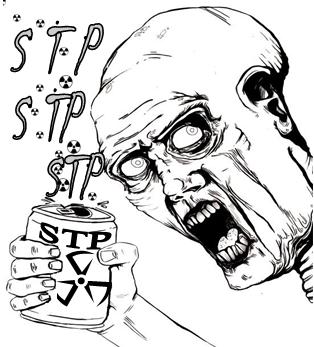 On January 25th, Juan Garza, President of Advanced Technology with NRG Energy, Inc. sent a letter to Austin Energy general manager, Larry Weis.  The contents of that letter are outlined below.

Two months ago, I informally delivered a proposal to you for Austin Energy and NRG Energy to explore a purchase power agreement from the South Texas Project Expansion. Today I am pleased to formally deliver to you a proposal for an internal framework for moving forward to explore the addition of more nuclear energy to Austin Energy’s baseload. The attached document outlines a series of transactions that NRG Energy believes could have significant value to Austin Energy. The components outlined in this proposal, while only a starting point to negotiations, showcase the potential for a nuclear power purchase agreement.

NRG recognizes that this is a particularly busy time for Austin Energy with a rate case, a power generation plan, an affordability matrix and a new business model all in play. We understand the responsibilities of the utility and believe that we can structure an offer that will help with each of the issues and aid in the fulfillment of your overall goals. We will work to ensure that the time demands on you and your staff are minimal as we move forward to evaluate a potential partnership.

We know that you are focused on reducing the city’s carbon footprint and keeping rates low and we believe we can develop an effective proposal to accomplish both of your goals. If NRG purchases Austin Energy’s stake in the Fayette Power Plant it would provide a significant influx of capital to the utility that could be used to significantly delay the need for a rate increase. Austin Energy could replace the coal–‐generated baseload provided by Fayette with carbon–‐free baseload from STP 3 and 4 through a power purchase agreement, thereby reducing the utility’s carbon footprint by 70 percent while ensuring affordable rates for a generation.

It is the intention of NRG that the points laid out in the attached document include opportunities to support Austin’s long–‐term goals, such as a partnership to develop solar, wind or offshore wind projects. NRG’s corporate focus is on diversification of energy sources that results in a portfolio that provides many options.

I look forward to engaging in this process on behalf of NRG. I hope that we can begin discussions as soon as possible and I will make myself available at your convenience. It is my hope that we can engage in an open discussion through a non–‐ binding MOU agreement about how NRG can best help Austin Energy reach its energy goals.

The components outlined below are starting points for the negotiation of a nuclear power purchase agreement between NRG Energy, Inc. and Austin Energy. Once both parties enter into a non–‐binding MOU agreement along with appropriate Non–‐Disclosure/Confidentiality Agreements, these points can be discussed in further detail and adjusted to meet the needs of Austin Energy:

Public Citizen believes this is a bad deal.

The offer made by NRG to swap Austin’s share of the Fayette coal plants for a contract to buy nuclear power is like giving up smoking cigarettes and taking up smoking crack cocaine. Taking this deal will leave us broke, addicted and dependent on a dealer for our next fix of energy.

Austin has developed a long range generating plant that calls for meeting our energy needs with efficiency, renewables, and natural gas. This plant can be easily changed if the markets shift, while a long term deal with NRG can’t.

There are 10 good reasons NOT to do this deal

If you are concerned about Austin pursuing such a deal, call the mayor and tell him about your concerns.