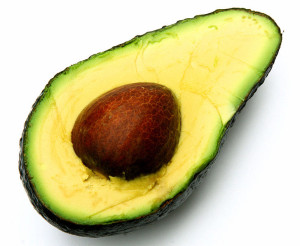 When we think of the effects of climate change, we typically think of rising sea level, heat waves, drought and volatile weather. What we don’t often think about is guacamole. Or to be more specific, foods that are in danger because of climate change.

In its 2014 annual report, the popular Mexican food chain Chipotle warned investors that, “Increasing weather volatility or other long-term changes in global weather patterns, including any changes associated with global climate change, could have a significant impact on the price or availability of some of our ingredients”. The report went on to add “in the event of cost increases with respect to one or more of our raw ingredients, we may choose to temporarily suspend serving menu items, such as guacamole or one or more of our salsas, rather than paying the increased cost for the ingredients”.

While Chipotle would be largely affected by a drop in avocado production, which is expected to drop by 40% over the next three decades, other crops are in danger too, such as almonds, walnuts, oranges and grapes. A common thread between all of these crops is that they are grown in California, which has been through a particularly brutal drought this year. While California has always been susceptible to droughts, climate change is making them worse and more frequent and can be expected to do so to an even greater extent in the future.

In November of this past year, news outlets reported on a leaked draft of a report from the Intergovernmental Panel on Climate Change. The report noted that food production could drop as much as 2% per decade in the coming century compared to production estimates before climate change. All the while, the population on the planet is expected to reach between 8 and 11 billion people by 2100.

The bottom line is that climate change has effects beyond the most salient weather changes – climate change can negatively affect our ability to produce food. This is particularly dangerous as the diets of the world’s citizens become more similar – scientists note that this makes our food supply even more vulnerable to the effects of climate change.  A decreased ability to produce food can cause increased food prices, limited access to fresh food, global food shortages, and in turn, political turmoil.

Can we really afford to not address climate change?