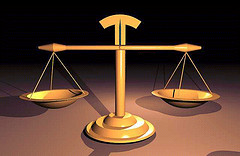 Last week, the U.S. 5th Circuit Court of Appeals awarded a major victory to Public Citizen and Sierra Club in their long standing efforts to block the Sandy Creek coal plant near Waco when it ruled that developers improperly started construction without adequate clearance under the federal Clean Air Act.

The court overturned a district court ruling saying the developers of the Sandy Creek Power Plant should have been required to show that they would employ the “maximum achievable control technology” (MACT) to limit the emissions of mercury and other pollutants once the plant was up and running.

In 2006 the Texas Commission on Environmental Quality (TCEQ) issued the permit for Sandy Creek, relying on an Environmental Protection Agency (EPA)  ruling from the year before exempting coal- and oil-fired generating plants from the MACT standard.

In 2008, an appeals court struck down the EPA’s earlier ruling and, even though construction had already started on Sandy Creek, the Sierra Club and Public Citizen filed a lawsuit arguing that work could not go forward because the plant had not shown it could meet MACT standard.

The district court sided with Sandy Creek because it had commenced with construction, and that, at the time, the plant was in compliance with the rules in place.

The circuit court said in its ruling that because the EPA was wrong to exempt coal plants from the MACT standard, Sandy Creek cannot rely on that exemption to continue construction without a proper permit, and sent the case back to the district court.